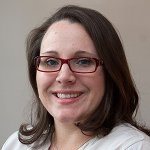 "Ecocatastrophic Nightmares in Recent Experimental Fiction"
Dr. Davis discussed Kathryn Davis's The Walking Tour (1999) and Only Revolutions by Mark Z Danielewski (2006) as examples of ecocatastrophic experimental fiction.  These works have to do with the anxiety and fears associated with recent eco threats.  Generally, nature survives only as an object of nostalgia.
Climate change and climate disruption calls back the conventions related to gothics and how Romantic anxieties respond to new technologies--as in Mary Shelley's Frankenstein.  Unchecked technologies are still associated with unknown threats.  As in ETA Hoffmann's The Sandman, with climate change, it is impossible to see the whole because you can’t see the same.  With images of melting glaciers in the Artic, the Earth itself becomes monstrous and threatening.  We realize, in these books, that we are not masters of the earth--it masters us.  Negative affect of fear and dread take center stage with icy desolate mountain tops—both beauty and threat.  An ecophobic thrust develops.  The beauty of landscapes are replaced by post apocalyptic dull grey landscape resulting from the abuse and unleashing of new technologies.  Apocalypse becomes a way of life resulting from devastating human made climate change.  Finally, re-emergence of the natural world becomes an important factor. 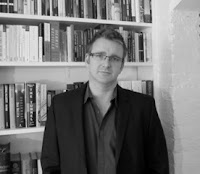 "Climate-Change Fiction and the Future Anterior"
Dr. Crownshaw begins with the statement that climate change renders life unsustainable. In climate change fiction, catastrophe and post-catastrophe results from immoral act of ignoring climate change; these fictions are a history of our fears, a kind of cultural memory.  They include population culling, species extinction, dislocation, etc.  Odds are against tomorrow.  At center is the political and ethical message that human corporality is inseparable from the environment.  In the environmental trauma paradigm, geological trauma is mediated by financial capitalism, speculation on the future—a satire based on the catastrophe ready to happen. 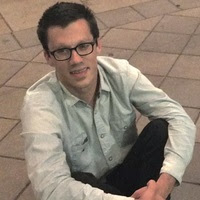 Cli-Fi is a genre that was named during the internet era; it is the reframing of literary categories, a scaled up humanity.  It is Predictive Realism in which the worst case is attributed to the best case scenarios.  The new genre results from matching it to the scale of the Earth.  The norm reiterated in Cli-Fi is the ideal climate, but the definition for a normal climate depends on representation.  An ideal climate is already behind us.  Climate stability, in fact, has never existed.